The Wimbledon 2017 will get underway from 3-16 July 2017 at the All England Club in London, United Kingdom, so make sure you book your car hire early to save real money.  First held in 1877, Wimbledon, also known as The Championships, is the most prestigious tennis championship event that has attracted a total of 128 world renowned tennis players all targeting to win the championship every year for the highly-coveted Wimbledon trophy, title and monetary prizes, and citation.

World No. 1 and defending champion Andy Murray and former winners Novak Djokovic, Roger Federer and Rafael Nadal are among the men's favourites for Wimbledon 2017. On the women's side, Venus Williams, Petra Kvitova and Johanna Konta are the favourites to hold the Rosewater Dish. Other favourites are Angelique Kerber, Karolina Pliskova, Elina Svitolina, Carline Wozniacki, Domikika Cibulkova, Agnieszka Radwanska and Simona Halep.
The only Grand Slam contested on grass, The Champions 2017 is now on its 131st edition. It is the third slam event of the sporting calendar, the other Grand Slams are the Australian Open in Melbourne, French Open in Paris and the US Open in New York.
This year, Wimby authorities has increased the 2017 Prize Money to £31.6m, a 12.5% increase from last year's £28.1m. Men's and women's singles champions will each receive £2.2m, a rise of 10% from £2.0m in 2016.
"We are proud of the important leadership role that Wimbledon plays locally, nationally, and internationally, and are committed to continuing to invest to secure the future of The Championships, and of our sport, for the years to come," said Philip Brook, Chairman of the The All England Lawn Tennis and Croquet Club (AELTC) in a press statement.

Travel around London with an easy to book rent a car 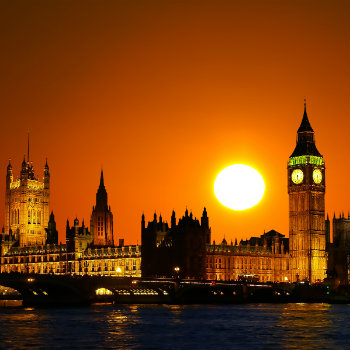 If you haven't bought your Wimbledon tickets, now's the perfect time to do so before it sells out.
To build up the excitement and dramatic mood on and off the court, make sure you pick up and book a car hire in Wimbledon as early as now since prices are expected to increase as this most-celebrated tennis sporting event gets closer.
At VroomVroomVroom, you can compare the cheapest car hire deals from UK's leading and trusted suppliers, such as Avis, Budget, Enterprise, Europcar, Hertz, Sixt and Thrifty.
Book online rapidly with no credit card details, no hidden fees and no cancellation charges – it's time to lock in a great deal on car rental in London.
Experience Wimbledon 2017 and enjoy the precision and solid two weeks of powerful groundstrokes and grinding actions featuring your favourite tennis players.
Want to visit the Buckingham Palace, see The London Eye and learn more about facts and history of The Houses of Parliament and Elizabeth Tower, commonly called Big Ben on your own itinerary? With so many must-see London attractions and iconic landmarks to visit, make sure you rent a car to enjoy more time visiting these sights from the moment you arrive.
Let us take the hassle out of booking a hire car in order for you to save time, effort, and best of all, money. If you have any questions or concerns, don't hesitate to contact us. Our friendly customer care experts  will be more than happy to assist you.
Meanwhile, can you predict if Andy Murray will be victorious in defending his Wimby title? Or will Roger Federer pocket his eighth Wimby and 19th major title overall? Don't hesitate to let us know your picks!