Cars
Campervans
Loading...
Compare the Best Car Hire Deals and Tour Around Liverpool
Download the VroomVroomVroom app and access the best car hire deals wherever you are.

Compare the Best Car Hire Deals and Tour Around Liverpool

VroomVroomVroomVroom can help you find a cheap car hire in Liverpool by comparing deals from major brands, including Avis, Hertz, Europcar, Enterprise, National, Budget, Sixt and Green Motion. Aside from saving money, you will also save time since everything you need to know can be found in our website.

Liverpool is a port city within the county of Merseyside, England, United Kingdom. It is a place that combines a rich past with a bright future. Its interesting history makes it a perfect destination for anybody looking to explore England's cultural heritage. It is also an active city where you can find plenty of pubs, inns and exhibitions at any time of the year.

How to book a car rental using VroomVroomVroom?

Arranging car hire in Liverpool can be so easy when you compare rates through VroomVroomVroom. Apart from the simple booking process, you don't have to pay for your vehicle until you arrive to pick it up!

Choose a rental car with this easy steps:

1. Enter your all necessary details in the search form located on the left side.

2. Dates are important as this is what your hire car rate will be based on

3. After the search has been made, you will be given a results page showing all the          available hire cars with their prices from different suppliers

4. You simply choose the car that you want then proceed with the booking page.

Done! All you have to do is pay the car hire upon pickup!

When it comes to picking up your car hire, make sure you have with you the following:

If you have booked an additional driver, they will also need to have two sets of ID on them including their full, valid drivers license (ALL parts).

We have many easy-to-access depots located in the city and Liverpool airport so finding one should be a easy! And if you have not driven in the UK before, check out UK Driving Regulations for some helpful hints.

All that you have to worry about is having fun in your rental car and raving about VroomVroomVroom's  service!

Fun Fact: There is also a Liverpool in Australia.

Explore nearby activities around the area

Unlike other destinations with similar cultural heritage, the city is very much active and vibrant. For all football lovers out there, Liverpool has two Premier League teams, FC Liverpool and FC Everton that you can check out.

Get a glimpse of an active nightlife around the area. If you are a metal, rock and indie lover, The Krazy House situated on the Wood Street is highly recommended. For those who prefer alternative music, Le Bateau, located on Duke Street is an ideal place to visit. The Caledonian is a great place to go for those looking for underground music and Flanagan's Apple on Matthew Street, is one of the best Irish pubs outside of Ireland.

20 Forthlin Road is a typical looking yet extra special terraced housed in Allerton, England, United Kingdom. It is in the said house that Sir Paul McCartney grew up and where several of the early Beatles songs were made.

Albert Dock of Liverpool showcases large collection of Grade 1 listed buildings. It is also that the area where Beatles Story, the Maritime Museum, the Tate Gallery and several popular city's attractions including live music, exhibitions, performances can be found.

The Beatles Story lies within the Britannia Pavilion, Albert Dock. It is an award-winning exhibition dedicated for The Beatles. Amongst the venue's famous exhibits are John Lennon's monument and never before seen The Beatles photographs can be found. 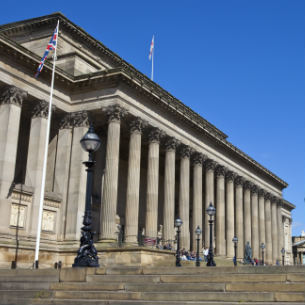 St.George's Hall opened for public use in 1854 and is today a Grade 1 listed building thought by many to be one of the finest neo-classical buildings in the world. Originally built to home music festivals for the people of Liverpool it also housed the civil and crown courts. Today it is a hub for community, cultural and other events.

Cavern is made up of three venues - The Cavern Club, Cavern Live Lounge and Cavern Pub. As a place where the Beatles music identity was formed, the venues showcase the iconic legacy of the band as well as hosting performances from established and up and coming artists.

Greenland Street Gallery located at 67 Greenland Street features its large collection of modern artworks by the finest and fast rising artists within a series of former industrial buildings in the area.

Western Approaches Museum - The bunker played a huge part in the winning of the Battle of the Atlantic, its role being to ensure the delivery of supplies and equipment into wartime Britain from the sea. 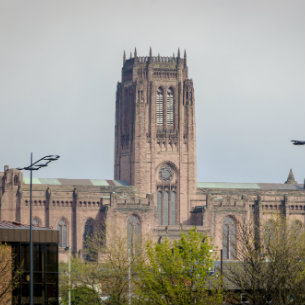 Liverpool Cathedral from the very early days of its origins through to its completion in 1978 after 74 long years, has an interesting story to unfold. Being the largest Cathedral in the whole of the UK and the fifth largest in the world, it is both fascinating and quite unique.

The Tate holds the beautiful national collection of British art from 1500 to the present day and international modern and contemporary art. The Tates work ranges from conservation and research to learning and media and the Tate collaborates with many galleries and museums around the UK just so that more people can enjoy the visual arts.

With plenty of parking in and around all these wonderful attractions, you'll be able to maximize the use of your car hire two-fold!