We at VroomVroomVroom have listed the best deals in motorhome and campervan rentals in Milton Keynes. Instead of going to the nearest rental company to hire a campervan, RV or motorhome from major brands such as Apollo, Jucy Rentals, Britz, Maui, Stardrive and Real Value, you can easily do that online. It will be quicker, easier and more convenient! After renting a camper in Milton Keynes Central Railway Station through VroomVroomVroom, all you have to do is pick-up and drop-off the vehicle at your chosen location.

RV Rental and Campervan Hire are available from the following locations across the country: 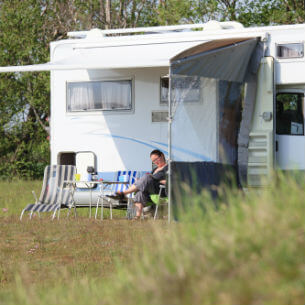 Silverstone Woodlands has been welcoming campers for more than 20 years. Their goal is to provide the best camping experience to all motorsports and music fans because they host exciting racing and musical events, including the Silverstone Classic. The campsite is just 250m from the circuit and they also offer complimentary shuttle service. Silverstone Woodlands is only 11 miles away from Milton Keynes and can be reached via the central station.

City Camping is situated at Ouzel Valley Park in Middleton. If you're coming from the Milton Keynes Central railway station, you can walk towards the shopping centre, Campell Park and Willen Lake. The campsite is nestled within a 12-acre forest and surrounded by lush trees. You can either put up a tent or book a camper van pitch. There are bus transfers from the site to MK Bowl where you can watch live concerts. They have on-site showers, toilets, and food vans.

Xscape Milton Keynes is located at 602 Marlborough Gate and is just 20 minutes by foot from Milton Keynes Central railway station. This entertainment complex offers a mixture of leisure activities and extreme sports for everyone. It boasts of having the biggest indoor real snow slope in the UK. Xscape also features the first purpose-built body flying tunnel in Europe. Apart from those attractions, there are also rock climbing walls, bowling lanes, fitness centre, multiplex cinema, and an assortment of shops, restaurants, and bars.

The Milton Keynes Museum is nestled in the tranquil Stacey Hill Farms, which was established as a model farm during the Victorian era. You can find the farmland on the outskirts of Wolverton and overlooking the new city of MK. If you're coming from the central station, you can take the number 6 bus and go down at Stacey Bushes Local Centre. From there, you can take a 10-minute walk to the museum. Learn more about the community through the exhibits displayed in the different areas, including the Farm House, Railway Boardroom, Hall of Transport, and Museum Street.